Back
Add to Trip Planner

Brewery Ommegang opened in 1997 to craft-brew fine Belgian-style ales. Ommegang brews eight ales year-round, as well as an extensive and imaginative range of seasonal and specialty ales. The beers have won a national following by connoisseurs of fine beer and are distributed in 43 states and internationally.

Ommegang is located on a 136-acre farmstead in Cooperstown, New York and offers  a well-stocked brewery store and an annual calendar of public events. The 100-seat Cafe Ommegang offers a menu featuring Belgian-inspired delights and many locally grown ingredients.

Ommegang is a member of the Duvel family of fine beers.

We strongly advise that you check business websites or call ahead for the most up-to-date information on possible limited hours and whether reservations are necessary or not.

Open year-round: Best to visit the website for seasonal hours. 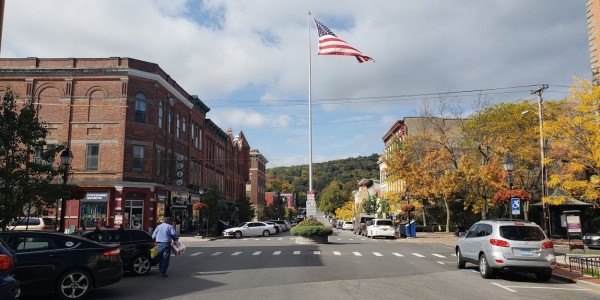 Known as baseball’s birthplace, but home to so much more, Cooperstown is a place where legends roam hallowed halls, swing away on diamonds, and take to the stage under a canopy of stars. The historic village boasts a vibrant arts scene, excellent local food and beverage options, luxury accommodations, and, of course, more baseball than you can shake a bat at.