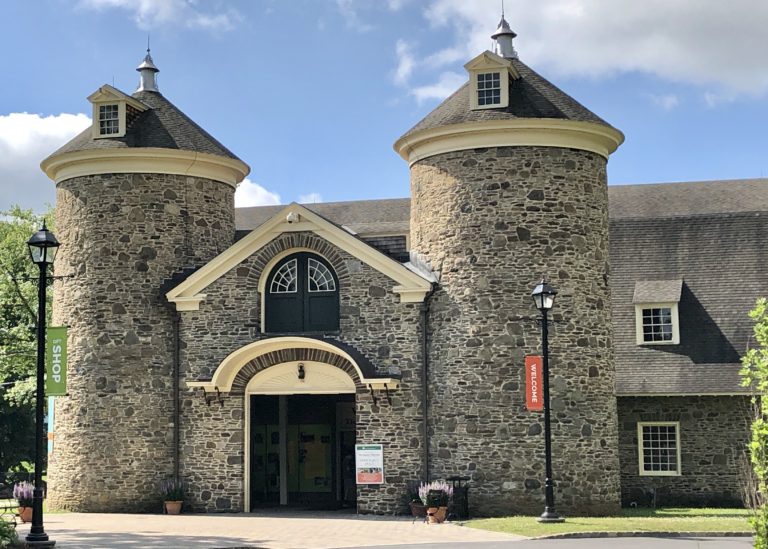 Travel | Cooperstown, NY and the Boys of Summer

In 1974, Chevy reduced the essence of America to a famous jingle: “Baseball, hot dogs, apple pie and Chevrolet.” Too simple for sure, and more than a bit self-serving, but it hit a home run with many. Nearly five decades later, an idyllic place in upstate New York still hits ‘em outta the park. Cooperstown draws folks with three centuries of American history and baseball.

Beyond the postcard-pretty vintage town square, Cooperstown is home to the National Baseball Hall of Fame and Museum, a near-religious pilgrimage site for enthusiasts of the game. They come to pay homage to the heroes of the game and connect with the sacred relics: balls, bats, uniforms, shoes, scorecards, and those famous baseball cards mom threw in the trash.

Tourists from all over the world travel to the unlikely destination reached only by two-lane roads through rolling hills of bucolic farmland (unless flying in by private jet). The town sits on the southern shore of Lake Otsego, aptly named Glimmerglass by James Fenimore Cooper in his “Leatherstocking Tales.” The novelist’s father, William Cooper, founded the town in 1786, a visionary. He bought land and resold it to pioneers giving them years to pay. He moved his own family there in 1790, became the county’s first judge, and served two terms in Congress.

His son, James Fenimore, grew into the town’s most famous resident and continued to encourage others to build and promote the summer retreat; however, a major fire struck the town in 1862. Fortunately, the Clark family came along, making a fortune from their connection and investment in Singer sewing machines.

In later generations, art collector and philanthropist Stephen Clark became instrumental in creating the Baseball Hall of Fame and Museum. The complex opened in 1939.

Baseball fans spend most of a day touring the brick repository — from the introductory film to three floors of displays, the newer ones interactive. The Hall of Fame dominates in a glassed domed area with individual plaques displayed on the wall. To become a Hall of Famer, a player must be considered worthy of having his name placed on the ballot. He must have spent 10 seasons in the major leagues, be retired from the game for at least five years, and receive at least 75 percent of the vote. Induction ceremonies occur in late July when the population of the town swells.

“It’s a madhouse,” said my guide, who led a tour relating fascinating stories about the Boys of Summer. “The spirit in the town can hardly be contained. We’re thrilled when it happens and then glad to watch the crowds go.”

Tourists with big budgets stay at The Otesaga Resort Hotel, the granddaddy of the town, open since 1909. Numerous B & Bs are scattered about and chain hotels are located a few miles out of the historic area. They are popular with youth teams who come to play in Doubleday Stadium.

Cooperstown isn’t all baseball; the Farmer’s Museum is one of the finest living history museums in the U.S. and a must-stop for all families. My daughter, two grandsons and I entered through the most elegant dairy barn imaginable, formerly part of the Fenimore estate. The boys participated with the costumed interpreters. We all rode the gorgeous Empire State carousel.

We ate at local establishments as no chains are allowed downtown. We didn’t have time to visit the Fenimore Art Museum, attend the Glimmerglass Opera or take a boat ride on the lake.

“When we go back to the Hall of Fame,” said one of my little guys, “I want to look at all those baseball cards. And take more money for the gift shop!”

Barn at the Farmer’s Museum