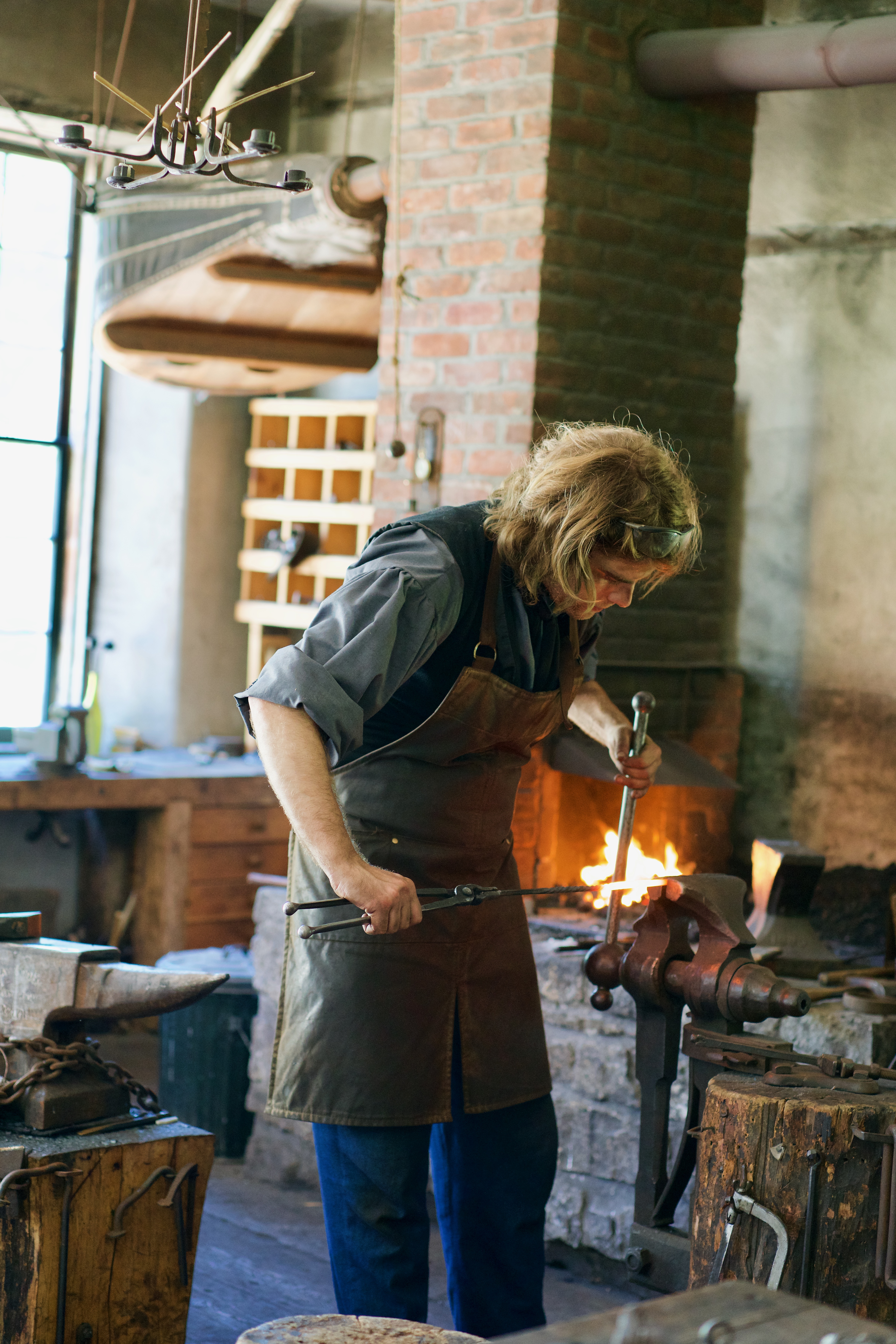 Upstate New York is known as the Empire State for many reasons, some of which include its rich history of innovation and ingenuity. Compare 19th-century technology to modern uses of traditional resources. No large factories, just small businesses that still rely on the sustainability of our natural resources. Two-day, One-night.

Smell the smoke and hear the crackle of the fire that power the bellows at The Farmers" Museum Blacksmith Shop. Located at the center of the museum"s historic village, guests can watch red-hot iron be pounded into nails and items useful to mid-19th century farming communities. Other focuses of the museum include a working farm, the Empire State Carousel, and exhibitions that re-create early American daily life and showcase ingenuity. (90 minutes)

See the extremely rare vapor light chandeliers lit in the Dining Room and the first water closet west of the Hudson River at Hyde Hall, a 50-room limestone mansion – acclaimed as one of the finest early neoclassical homes in the United States. "Central heat" in the 1830s? Yes, you can learn about early floor heating in the great rooms of the mansion. (One hour)

A more modern example of manufacturing in Upstate New York is Brewery Ommegang. Established in 1997, this Belgian-style brewery offers daily tours, including its brewing process and bottling capabilities. Dependent on clean water for its brewing process, Ommegang is a great example of a small, upstate brewery that shines on the national stage. (One hour)

Nowadays, we don"t think twice about driving to the furniture store to purchase a dining room table or the local grocery to buy a loaf of bread – but that wasn't always possible. Watch a working water-powered mill in action at Hanford Mills Museum! Listen as the cool waters of the millpond rush over the 1926 Overshot Waterwheel. See the Mill spin, feel it rumble, and listen to it whir to life. Explore the woodworking shop, see historic machines create the same products that were made at the Mill a century ago. Demonstration-filled guided tours feature the history of water power and showcase American ingenuity and sustainability. (0ne hour)