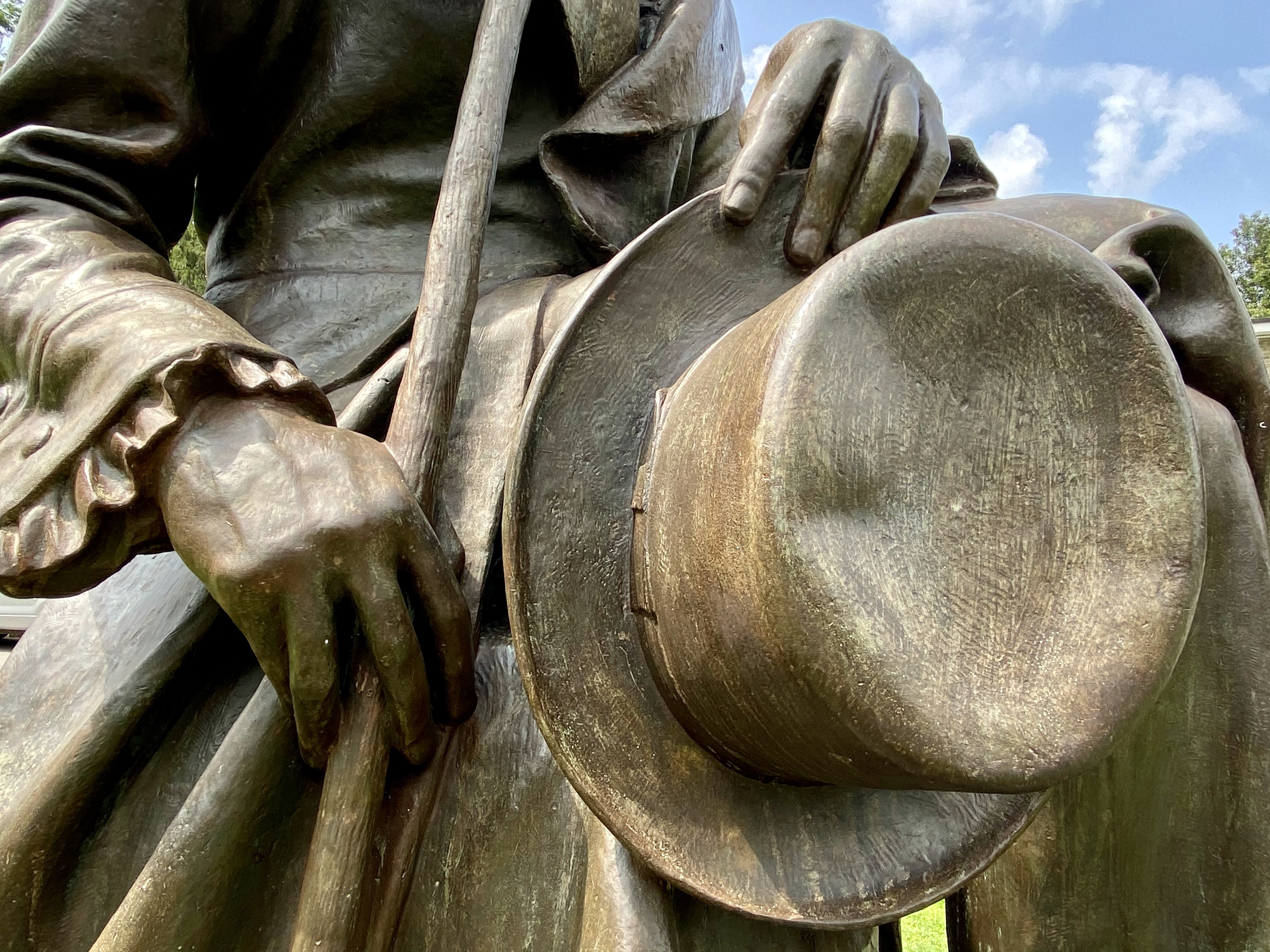 Putting the 'Cooper' in Cooperstown

You know you can always count on the team at MBPR to draw your attention to those random holidays that probably don’t show up on anyone’s calendars but ours. That’s why we’re telling you that next Monday, November 1, is National Author’s Day. In 1949, the U.S. Department of Commerce set aside that day to celebrate American authors.

When I was a kid, one of my very favorite games was “Authors.” It was a card game much like “Go Fish,” only you were collecting cards that bore the picture of a famous American or British author. Each of the 11 writers appeared on four cards, and each card was marked with the name of one of their most famous works. Your goal was to collect all four works from each writer. The authors were Louisa May Alcott; James Fenimore Cooper; Charles Dickens; Nathaniel Hawthorne; Washington Irving; Henry Wadsworth Longfellow; Sir Walter Scott; William Shakespeare; Robert Louis Stevenson; Alfred, Lord Tennyson; and Mark Twain.

The one author in the deck whose works never appeared on my school reading lists or in my stack of library books was James Fenimore Cooper. And that’s a little ironic, considering that today my PR agency represents the town named for his family. This is the guy who’s considered by many critics to have written the first-ever “Great American Novel,” The Last of the Mohicans, and I knew remarkably little about him until a few years ago. So, today I’m going to hit you with the knowledge I’ve gained during my time working with “his” town.

I’m going to preface this entire release by saying that there’s a legit reason why Cooper’s novels aren’t as widely read or taught these days. The author has been widely criticized for his stereotypical portrayals of indigenous people, and we want to acknowledge that here – and not appear to be champions of it. That said, here’s what I now know about James Fenimore Cooper:

William Cooper was a politician and judge who moved his family to a little village in New York state back in 1790 when his son James was just a year old. The town was ultimately named for the family, and though James -- the eleventh of the dozen children born to William and his wife Elizabeth (whose maiden name was Fenimore) – was born in Burlington, New Jersey, and lived in New York City and Europe during his adult life, he ultimately returned to Cooperstown and lived his final years there. It was forever his home … and his inspiration.

Though Cooper wrote dozens of novels about various topics, you’re probably most familiar with the five-part collection he called “The Leatherstocking Tales.” He began penning that series in 1823, just three years after he became an author. It follows the life and adventures of Natty Bumppo, a white American frontiersman who forges a kinship with the Native Americans who live nearby. The series jumps back and forth through time, starting with The Pioneers, when Natty – affectionately called both “Leatherstocking” and “Hawkeye” – is an old man. The novel met with such success that Cooper kept the character and visited him at different times in his life in the series’ other novels, which were (confusingly) not written in chronological order.

This is James Fenimore Cooper in his younger years. The portrait is on display at Fenimore Art Museum.

Many of the physical details of the land that Natty explores in “The Leatherstocking Tales” are pulled from Cooper’s own memories of growing up in the early years of Cooperstown when it was a woodsy frontier full of adventure. People believe that Natty himself is based on a man named David Shipman, a veteran of the Revolutionary War and local hunter whom Cooper would have known because he provided venison and other food to families in the village. (Also, the author’s own father even showed up in The Pioneers as the character Judge Temple.)

James Fenimore Cooper has a permanent perch near the National Baseball Hall of Fame and Museum.

The Otesaga Resort Hotel is located on prime real estate … right on the shores of Otsego Lake.

Fenimore Gin is just one of the Cooperstown Distillery products that pay tribute to the author and his works.  Photo Credit: Tamara Stines.

It should also be noted that an impressive number of children and dogs in the village are named “Cooper.” So, if you’re walking down the street and hear someone shout the name, they may be talking about the author … or maybe just another member of their family.

In case this has inspired you to check out other sites tied to American authors, here’s a listing that my colleague Mallory pulled together. We limited the geography to the Northeast and Mid-Atlantic so you could potentially make an interesting road trip out of it … and visit a lot of sites tied to the other American authors who were acknowledged in that old card game.

Cooperstown, New York, is best known as the home of the National Baseball Hall of Fame and Museum, but this region is about so much more than America’s favorite pastime. Otsego County is situated in Central New York state, and it’s where you’ll find an array of charming villages and towns with memorable names like Fly Creek and Cherry Valley. All are worth a visit. What first put us on the map – before baseball took to our fields – was the growing of hops for beer, and our rich farming heritage continues today. That means our restaurants, breweries, and distilleries are top-notch. Then again, we think our outdoor adventures, historic sites, and cultural offerings are champs, too. We’re located about 200 miles northwest of New York City and 75 miles west of the state capital in Albany. We invite you to run – or drive, take the train or fly – to our home base. Start your training with a visit to www.ThisIsCooperstown.com.